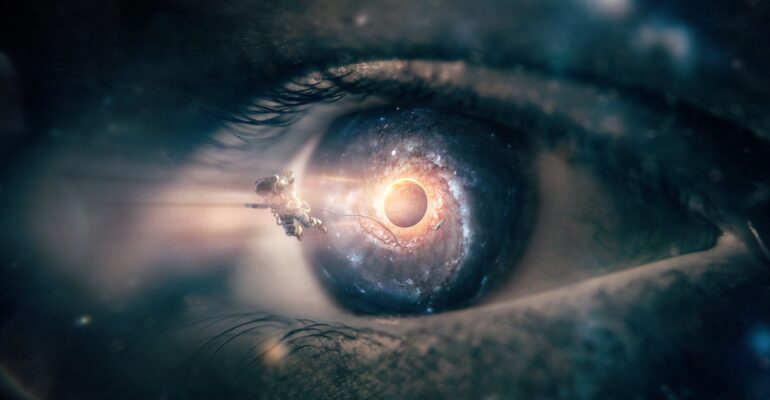 In spite of its promising innovations,  the buzz and excitement residing at the forefront of human potential, transformative technologies often face challenges when it comes to competing for users’ shrinking attention.

The pessimist might say that transformative tech  - tools that promote physical, mental, or spiritual wellbeing - is like a broccoli stand in the back of a candy store.  Useful and functional with obvious and measurable benefits, it often scrambles to break through the noise in a market dominated by commodified dopamine.

Take Headspace, the Los Angeles-based mindfulness and meditation app, which has been downloaded 70 million times across 190 countries, and was ranked among the top 5 most popular yoga and meditation apps last year.  Despite its smashing popularity, Its average user retention drops down to 8.5% within the first 30 days, according to Neura, a mobile app analytics startup. In other words,  92% of people quit using the app after only a month.  For comparison, an average app saw a 66% 30-day consumer retention last year.

One possible explanation of this trend is pretty simple.  Unlike the engagement that comes with a promise of instant gratification, transformative tech often places a larger burden on the part of the user. It doesn’t offer the seduction of surrendering to one’s impulses. And therefore, for the very reasons these tools can be empowering, they can be equally challenging for users. The path of personal transformation holds the promise of beautiful vistas at the journey’s end, but the way is mostly uphill.

Whether we’re talking about apps promoting positive behavioral change, wearables that monitor physical health, neurofeedback devices, or meditation software, ultimately these products still rely on user engagement.  But because positive change and personal growth typically involve disrupting the status quo of our lives, technologies that promote such transformation often do not fit so seamlessly within those patterns they aim to disrupt. As a consequence, regardless of how useful the products may be, they often lack that stickiness factor that keeps us engaged.  Technology that is essential by virtue of being addictive is entirely antithetical to this aim.

Herein lies the challenge facing the transformative products and companies - finding the delicate balance between having a successful business model, which aims to increase user engagement, while simultaneously holding true to the ethics and principles that drive these innovations to begin with.

But this is a non-issue for most of the products we routinely engage with. The brain hacking techniques common across social media and entertainment platforms often keep us glued to screens and seamlessly integrate into our patterns by co-opting the behavioral path of least resistance. But the path of least resistance rarely leads us to anywhere we want to go.

So how can product designers and companies make the uphill path more likely to be followed? How can they convince the user to just keep putting one foot in front of the other because the journey is worth it?

According to the Center for Humane Technology, the answer lies in moving beyond the attention economy paradigm, which thrives on exploiting human weaknesses and cognitive limitations. Companies can start by examining and strengthening, rather than merely hacking, the things humans are naturally good at and inclined towards. Here are some ideas to consider:

Our need for social validation, reward seeking and attentional biases towards novelty can either be leveraged for or against us depending on the design and underlying aims of the tech.

Under the current paradigm, companies often hijack people’s yearning for social belonging, nudging them toward carefully crafted marketing niches.  Under a more human-centric paradigm, a company’ user-engagement strategy might focus on more authentic community-building in which the product facilitates genuine forms of communication, comraderie, and social support.

Transformative tech generally taps into higher-order goals (e.g., “wellness”, “health”, “flourishing”) which are often abstract to the users, who typically gravitate towards lower-level concrete and immediate incentives.  Consider the perpetual internal conflict - scrolling your newsfeed has an immediate low-level reward, but offers no real long-term benefit or value.

At the same time, people routinely engage in difficult, cumbersome, or strenuous activities that are in the service of  higher-order goals (e.g., you hate running, but do it anyway because it yields the health results you’re aiming for).   To make the right behaviours easier, and abstract goals - more concrete, wellbeing companies can tap into the latest research in neuroscience. For example,  helping users follow well-structured bite-sized tasks enables a release of dopamine, which allows them to stick to a long-term goal.

User engagement and user benefits should not be thought of independently of one another. But how do the low-level activities with the product subserve the higher order goals, values, and outcomes associated with use of the product?  It is one thing for a wellness app to engage users by allocating badges and points and providing links for them to brag about it on social media. It is another for the app to generate the same level of engagement while actually facilitating real human flourishing and growth.

From the standpoint of developing successful technology products, the tools that become “essential” in the minds of customers and users are certainly those that can drive a business. However, much of what is deemed essential in the technology space is often more addictive than it is useful.

Transformative tech must strike the right balance between a successful business model driven by engaging tech, while not compromising the product’s essential mission. And like the proverbial door through which one still needs to walk through, even the best technologies are merely tools for transformation. Ultimately,  we must do all the work.

Damon Abraham, PhD, is an affective scientist, researcher, and psychology adjunct professor at the University of Denver. His formal research focuses on the mental representation of emotion and emotion self-regulation. He is also a research consultant for trans tech companies and has ongoing collaborations centered around affective computing, human-computer interaction, and the application of AI and NLP methods to psi research. He is passionate about transformative technologies that foster well-being, human flourishing, and that push the limits of human potential.

You can cancel anytime.

Your payment method will automatically be charged in advance every 4 weeks. You will be charged the introductory rate for the introductory period, and thereafter will be charged the standard rate. All subscriptions renew automatically. You can cancel anytime. Mobile apps are not supported on all devices. These offers are not available for current subscribers. Other restrictions and taxes may apply. Offers and pricing are subject to change without notice.