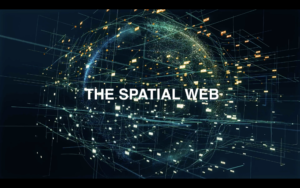 The following is taken from excerpts of “The Spatial Web” book Published 2019. Available HERE. As we bear witness to the Digital Transformation of our world and cross the threshold into the Web 3.0 era, we face some extraordinary choices with serious and wide-ranging implications. Our technologies, from the first use of fire to the future of facial recognition, appear to be neutral by their very nature. Their appearance obscures their innate potential to magnify both the best and worst of human desires. Like the tale of Prometheus who stole fire from the gods to give to humankind to warm our homes and illuminate our civilizations, we must always remember that the gift of fire used to cook our food can just as easily become a curse that burns down our home. The 21st-century technologies introduced in this book also contain the power to burn both ways, albeit at a previously unimaginable level of power and scale. And it is precisely for this reason that we as a species must carefully consider their use because the choices we make will fundamentally impact the lives of billions and set the stage for decades, perhaps centuries, to come. Our choices will not only determine the territorial lines of the web and the world, but also our very definition of the words humanity, civilization, and even reality itself. We must choose wisely. The emergence of smart cities and factories, autonomous cars and homes, smart appliances and virtual reality worlds, automated shopping, and digitized personal medicine are transforming the way we live, play, work, travel, and shop. All across the planet, our technologies are breaking out from behind the screen and into the physical world around us. Simultaneously, the people, places, and things in our world are being digitized and brought into the virtual world, becoming part of the digital domain. We are digitizing the physical and “physicalizing” the digital. Clear boundaries between the real and the virtual are dissolving. Our near-term future has all of the indicators that the technologies that we’ve seen in our science fiction stories over the last century will be realized. Looking back a century from today, will we consider our sci-fi stories prophetic tragedies that we ignored or cautionary tales that we heeded? Across the many “Top Technologies for 2020” lists compiled by the leading research firms around the world, a recurring pattern emerges. The investments and acquisitions that the largest tech companies have made over the last decade in Artificial Intelligence, Augmented and Virtual Reality, Internet of Things including smart cars, drones, robotics, and biometric wearables as well as Blockchain, Cryptocurrency, 5G Networks, 3D printing, Synthetic Biology, Edge, Mesh, Fog Computing, are being woven into the fabric of our global civilization, under our feet, above our heads, and all around us. These technologies, all coming of age in the 21st century are often referred to as “exponential” — true to Moore’s Law, about every 18 months their capabilities and performance powers double for the same cost. This is a common effect of computing technologies, known as “Moore’s Law” for the co-founder of Intel, Gordon Moore. Showing the exponential compute effects of the increase in transistors per microprocessor over time as described by Moore’s Law Moore’s Law is about compute power. And it is an often-quoted law of computing. Robert Metcalfe was the founder of 3Com and one of the inventors of Ethernet. Metcalfe’s Law states that the total value of a network is determined by the number of other users connected to the network. The more users that an individual user can reach through a network, the more valuable the network becomes, even when the features and price of a service remain the same. Metcalfe’s Law is about network scale. Showing the exponential effects of connections or nodes within a network over time as described by Metcalfe’s Law Although not every user or node is actually of equal value in any network, according to a recent study by the NfX Group titled “70 Percent of Value in Tech is Driven by Network Effects,” over the last 25 years, approximately 70% of the value created in the Technology sector has been the result of companies that use these “network effects” to grow. Arguably, the key reason we have seen Web 2.0 tech companies and start-ups become the largest companies in the world in terms of market cap, profit margins, and number of users is because they are the best examples of Moore’s Law supply-side cost reductions in computing power complemented by the demand-side economies of network scale and value, as defined by Metcalfe’s Law. As an example, an upgraded smartphone on a faster network enables more engagement, content consumption, and sharing, which drives other users to participate. This has been the winning formula in the Web 2.0 era, which has driven adoption from 1 billion Internet users in 2005 to nearly 4 billion in 2019. 3.9 billion people use mobile phones to access the Web, and 2.5 billion of those use smartphones. 3.4 billion are on social networks, 3.2 billion of whom use their mobile phones to access social networks. See the trend? Better hardware, faster networks, more users. Exponential compute power + Exponential network connections = Exponential Value Exponential convergence of the Two Compute Laws Just as computing power has increased even as the cost and size have shrunk from room-scale to desktop to laptop to handheld, our computer networks have grown from room-size, to company-wide, to country-wide, to worldwide networks. Simply put, Moore’s Law makes computing faster and cheaper while Metcalfe’s Law grows the size and value of a network. It will soon become technologically and economically worthwhile to computerize complex things like cars, cities, and humans, but ultimately, we will computerize increasingly smaller things like jewelry, clothing, buttons, and even our very cells. And because value is best accumulated by combining many networks into a single network as the existing Internet has done, this new network of people, places, and things, rules, and value creates the Internet of Everything in the Web 3.0 […] 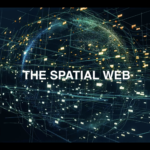