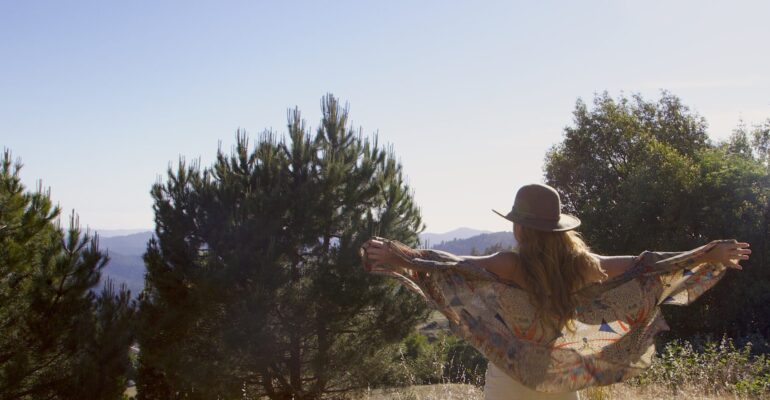 I have wanted to be a digital nomad from the moment I learned that being a digital nomad was a thing – sometime in 2012. My goal was always to start when my daughter, Emma, went away to college in the fall of 2020. I am heavily immersed in the world of social impact business, social justice spoken word, and feminist business practices. I long to be able to sit and have a beer with makers, artists, and musicians who are working to shift culture on a grand scale.

Although I was able to start traveling full time in January – and have stayed in 9 different places in 9 different cities – I have not been able to sit and have that proverbial beer with my people. Finding your community takes a lot of work, even for someone like me, who genuinely enjoys making new connections anywhere I go. It involves trying out different events, co-working spaces, bars, and restaurants – engaging with people of all walks of life.

It’s not just about having a small talk. It’s about engaging on a deeper level, where no topic is off limits, be it sustainability, gender equality, racial equity, or politics. But if you are only planning to be in a city for a month or two, you may not even have time to find your people – which could mean you don’t even try.

This goes both ways. It’s not enough to show up and speak up about the things that matter; the people we are engaging with have to be ready to do the same. In my experience, when people learn I am only in town for a short time, they put in less effort to really get to know me. Why would they? Time is precious, and many of us have overcrowded calendars already. We want to invest our time and energy into people who are going to be with us for the long haul.

This need for community in an expedited fashion is one of the reasons community-based travel experience startups like Remote Year and behere have been gaining momentum.  Remote workers are bombarded by ads urging them to move to Bali or join a co-living space for entrepreneurs with a promise to be instantly surrounded by people who share their values and vision.

While co-living spaces are gaining popularity in the U.S., most facilitate traditional  roommate arrangements and have restrictive rules (such as no pets, how long you have to stay, and whether you can have an overnight guest). And very few are catering around a specific discipline or theme, with the exceptions of some creative-focused places on the West Coast.

For my own travels, I’ve been staying in Airbnbs, which means I can bring my dog – by choosing a pet-friendly place, and stay in a place that has my energy – by choosing based on the décor.  I’ve even had friends stay with me for a weekend. But so far, no Airbnb owner has ever asked me about my community needs or made introductions.

There is also a fairly active #vanlife trending in the U.S. For example, a new startup, Kift, is creating a series of places up and down the West coast where a van-lifer can park overnight, co-work or share a meal – just be in community – with people who are like them, based on the assumption that anyone living #vanlife is, at least a little bit, alike.

Yet, digital nomads and other travelers want options – every co-living space I’ve checked out (even with the restrictions) has a waiting list. For instance, Kift has a 2,000 person waiting list for their waiting list.

And while the term sharing economy popped up in response to the viral success of companies like Airbnb and Uber, in reality, there is very little sharing actually happening. At their best, these companies offer some opportunities for people to be involved in the industries they might have previously been left out of, such as vacation rentals and transportation, while still perpetuating our top-down model of neoliberal capitalism.

But what about those of us traveling all over the country, trying to find our community? What about those who want to get off that hamster wheel and truly start sharing their lives with other people?

Kasaba, which means “town” in Turkish, is a startup founded by Keren Flavell that reimagines how we live, work, find and build community, travel, and earn income. It even rethinks how startups get funded.

If that sounds like a tall order – it is, which is Keren’s wheelhouse.

During a hackathon, she created a fire alert tool, which showed that citizen data could provide faster, more relevant information about wildfires, and ran it for two years. She co-created an annual camping trip with friends, which turned into the Deepen Community nine-day annual camping extravaganza with over 150 people attending. She also created a multi-use warehouse space where she hosted sound and vision shows and launched one of the earliest co-working spaces.

And she produced a documentary about the Melbourne underground techno scene featured at Sundance, which won the Gold Hugo Award at the Chicago International Film Festival. An app that puts out fires, a successful intentional camping retreat, coworking spaces, and a documentary that made it to Sundance – this is a list you might expect to see in reference to a number of people doing a number of different things. How did one person do such amazing things across such a variety of industries?

All of these ventures live at the intersection of media, technology, and community. And the last part is what sets

Keren apart from the pack. She has always been a conscientious objector to traditional capitalism, focusing on how everything can be reimagined through the lenses of co-creation and community.

Which is what she is bringing to Kasaba. Her mission is to create a more beautiful world where all people are treated as creators, living in a community connected to the earth. 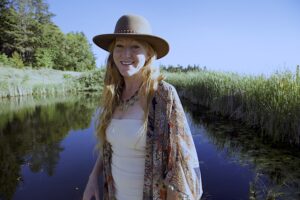 After traveling and working in Vietnam, Keren started imagining what vision she could bring back to the U.S. She wanted to offer the convenience and flexibility of the digital nomad lifestyle, allowing people to stay long or short term, having a near-instant community, and promoting a more sustainable way to live and travel – without a price point that left many behind.

On the surface, each Kasaba is a hybrid of property management, co-living provider, and retreat center. But, in its soul, it is so much more than that. First, community members will own tiny homes that can be rented to other travelers while they aren’t using them. And with Kasaba managing this process, it provides community-member-owners a way to have passive income while they travel.

Second, each community is organized around a culture, as chosen and agreed to by the members. Kasaba is facilitating the creation of these agreements and will act as the central node – feeding and connecting the various locations to each other. Like a modern-day mycelium network, Kasaba will help each community get what they need to grow and thrive – from other Kasaba hubs, from community-member-owners, and from traveling guests. 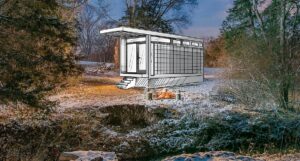 Eventually, the goal is to be global, not just U.S.-based, allowing community members to seamlessly move between locations, empowering a fully flexible nomadic lifestyle.

Third, each Kasaba community will be focused on supporting a regenerative future, which includes sustainability practices, like zero-waste living. Regenerative societies, which require true inclusion, are predicated on the understanding that we have to move out of the extractive and destructive methods into a system that gives all people stewardship over their future.

To do this, Kasaba is pioneering an inclusive revenue model built on blockchain and radical transparency – for everything from ledgers to contracts to initial investments. There will be an access tier, which makes it possible for everyone to be involved. The company is also getting ready to release an NFT token that allows people to become fractionalized owners of Kasaba, according to Keren. While traditionally real estate is not liquid and the process for contracts is very expensive and time-consuming, putting it on the blockchain revolutionizes real estate, she says.

In addition, the Distributed Human Organization (DHO) system designed by Hypha, an innovation intelligence platform that created the regenerative currency SEEDS, enables a group of people to coordinate the activities in the village, says Keren, “so it can be truly made by the people for the people.”

LaKay is a lyrical-non-fiction-writer, spoken-word-prose-poet, innovative-equity-culture-strategizer, & humxn-centered-operations-understander. She claims the monikers of Southern, Progressive, Queer, Feminist, & Single Mom, with the order depending on the day & the audience. Professionally she crafts + curates words, events, brands, & spaces that are intentional, intersectional, & innovative. For the better part of a decade, from creating to convening and curating to critiquing, she has infused strategy, storytelling, and design into the work of culture-shifting brands and leaders. These devoted digital darlings, conscious tech pushers, modern activist communities, and hyper local foodies all see the world the way it could be, as well as, the way it is. Together they are co-creating apps, communities, events, brands, and solutions rooted in gender justice, economic justice, racial justice, sexual justice, fat justice, and climate justice.