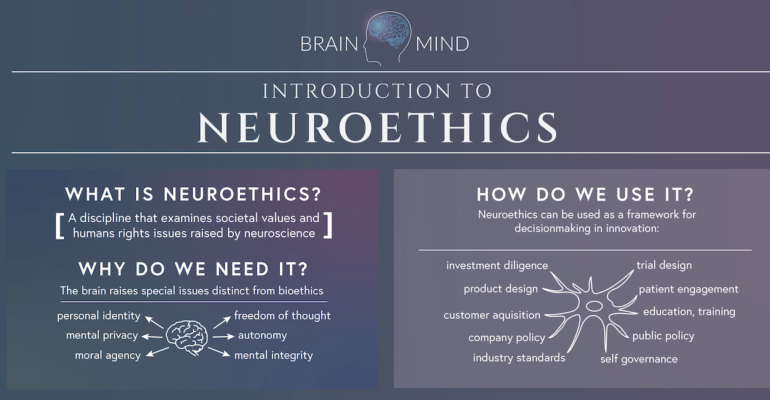 You had me at ‘equal access to mental augmentation’.

As an African-American woman living in the United States, accessibility and “neuro and bioaugmentation-for-all” is actually something I’ve thought about.

For me as a black woman, it’s a case where you don’t want to be the 1st experiment (Tuskegee experiments on African-Americans).

And yet, you don’t want to be last.

When augmentation fully arrives, if it is not accessible to all, then what are merely ignorant biases today will become mental, emotional, and physical facts with uncatchable economic and social impact.

When I met Dr. Rafeal Yuste from Columbia University and heard him talk about neurorights, “equal access” was the right that caught my attention.

For example, longevity is a big area of human endeavor today.

While it will take time, eventually you will see healthspans stretch (not just lifespan, but healthspan).

And longer income earning windows plus longer healthy lives will add decades to factors that compound – like interest on money, social capital, skill development (vs. knowledge).

When these factors compound exponentially they will create even greater barriers to social mobility than they do today.

Let’s think about that later.

But that would be a folly because the foundational action around neurorights is happening now, spurred in part by recognition of the data privacy, ownership, and targeting mess that has marked the last decade.

When the Universal Declaration of Human Rights was adopted in 1948, neurotechnology was beyond the concerns of that time.

With that, there are no current provisions to protect the human rights that are now potentially touched by our technological innovations.

We cannot leave this to last — and we cannot leave it to any one party (i.e. industry, government, or academia).  Each player has strengths, and each also has blindspots.

Neurotechnology and the ethical framework that governs its data is too important to humanity to “get wrong.”

We increase our odds of getting it right by having transparent multi-stakeholder discussions like those led by BrainMind, where I am a Core Advisor.

BrainMind is a nonprofit community of leading neuroscientists, entrepreneurs, investors, and philanthropists.

This ecosystem is united by the shared mission to support and cultivate the most important and impactful ideas in brain science.

I love BrainMind because they serve to help us understand both the brain AND the mind and do not practice the “brain-in-jars” thinking for which you’ve heard my concerns in previous posts.

BrainMind exists to curate and assess neurotechnologies for their potential impact.

And as such must have a strong neuroethical framework.

In this role, BrainMind has been convening a series of neuroethics advisory meetings that will culminate in a multi-sectoral summit at Asilomar in 2023.

There are three main challenges that BrainMind’s neuroethics Initiatives seek to address:

The goal is a “practical layer” between neuroethics frameworks and their applications in the wider world so that innovation isn’t hobbled, but it is ethical.

In the next 5-10 years, we will require continued discussion and ideation on the standards of governance for our neurotechnologies of the future.

In addition to top-down measures, we need to work from the bottom-up to ensure that we get the ethics right.

Every designer, engineer, coder, and human involved in the development of our technologies need to be committed to imbuing ethics into these tools from the ground up.

BrainMind is working closely with the OECD whose high level principles on neurotechnology are a starting point that we can begin to get behind.

You are an important part of this conversation and BrainMind wants to know what our community thinks.

Please take a look at this infographic and tell me what you think.  What is missing?  What is clear?